“In the water-scarce West, there is little to no new water,” says Laura Belanger, water resources and environmental engineer with Western Resource Advocates. “What we’re seeing is a shift to a suite of solutions that make the most of our region’s water resources. So the first line is and always should be conservation, because that’s the most cost-effective thing utilities can do, and it’s also fast.”

In Colorado’s Front Range, the Northern Colorado Water Conservancy District is accepting qualification statements for construction of Colorado’s tallest new dam in a half-century, with selection of a contractor and notice to proceed by December, says Joe Donnelly, spokesman. The main dam will be a rockfill structure with a hydraulic asphalt core, 360 ft tall and 3,500 ft long at the crest. The dam will impound the 90,000 acre-ft Chimney Hollow Reservoir for the Windy Gap Firming Project. A contract for design was awarded to Stantec in 2016.

The reservoir would store water for 12 municipalities and other water suppliers. The project has support from both public authorities and some environmental advocates. But six environmental groups are contesting the project in federal court because it will divert 30,000 acre-ft annually from the Colorado River, taxing the already challenged flow of that body.

Denver Water is proceeding with the expansion of Gross Reservoir, built in the 1950s with a 1,050-ft-long, 340-ft-tall concrete gravity arch dam impounding 42,000 acre-ft of water. Following 14 years of planning, the U.S. Army Corps of Engineers issued a 404 permit in July 2017, allowing Denver Water to raise the reservoir’s dam 131 ft and expand the reservoir’s capacity to 77,000 acre-ft.

The utility is expanding the reservoir to address a known imbalance in the city’s water system, said Jeff Martin, program manager for the project, in a video on the project’s website. The North System, where Gross Reservoir is located, stores about 30% of the water, and the South System the rest. The imbalance results from differential snowpack runoff on the system’s north and south sides. “This will provide extra insurance and extra reservoir capacity to make sure that we can weather those times when we do have issues in our system,” Martin said…

Some existing storage facilities are being expanded or are having their water reallocated, and regional water sharing also is beginning to grow, Belanger says. She cites the Chatfield Reservoir, built in 1965 on the South Platte River south of Denver for flood control, as an example. The U.S. Army Corps of Engineers determined that up to 20,600 acre-ft of the water can be reallocated to drinking water and industrial supply, agriculture, environmental restoration and other purposes without compromising its flood-control function. Environmental mitigation and modifications are expected to cost about $134 million. 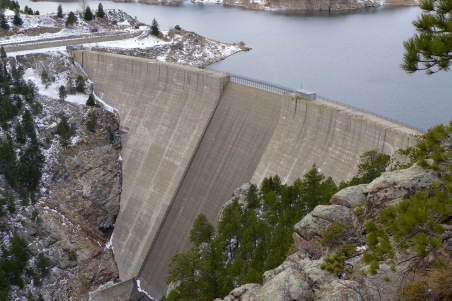 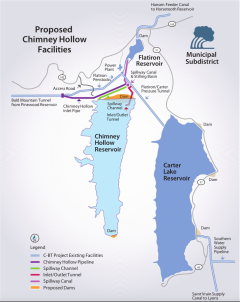 Map from Northern Water via the Fort Collins Coloradan. 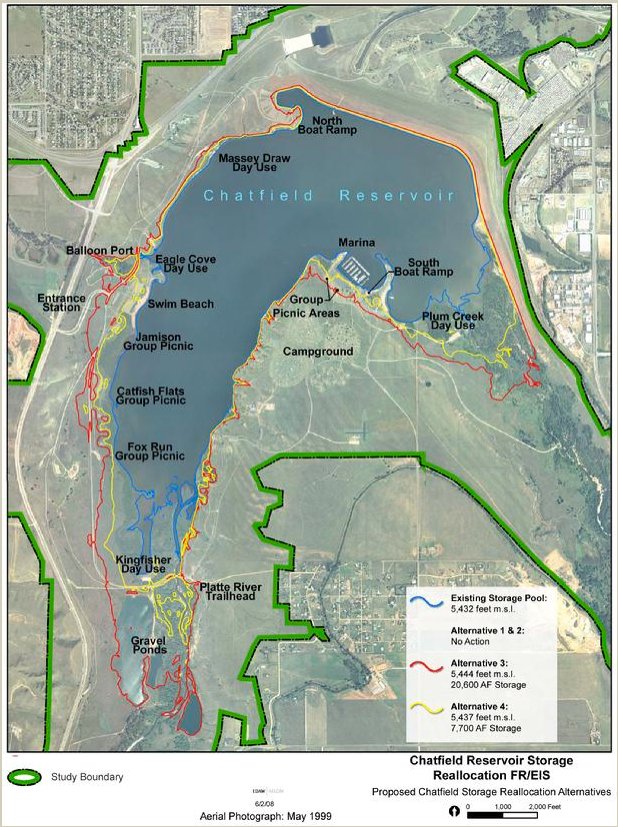