We’re the water people. We provide the clean water and essential services that support every living thing on earth! To do that, we must ensure there’s a diverse and strong water workforce always at the ready to help us fight for the cause of clean water and a sustainable environment. Work in water, share your knowledge … invest in water and invest in each other! It’s worth it.

November finished with no measurable snowfall for just the ninth time since reliable records began in 1882. It’s also the first time Denver will finish snow-free in the month since 2005, and just the second time since 1949.

In the nine seasons that had no measurable snowfall, eight finished with seasonal below-average snowfall. Of course, part of that has to do with losing November’s 7.7-inch average snowfall, typically Denver’s fifth-snowiest month of the year. But in those nine snow-free Novembers, seven had less December snowfall than average, too.

Winter’s not dead, but this winter may end up with less snowfall than average, which could be caused by the current weak La Niña pattern in the Pacific.

A dominating “ridge” of high pressure kept us dry (we only recorded 0.29 inches of rain and snow in November, less than half of November’s average) and warm. The jet stream — the narrow ribbon of extremely strong winds about six miles up that dictates a lot of our weather — stayed to our north through most of November. This allowed warm air to consistently flow in from the south and west, and those winds tend to be drier as they roll down the Rockies and into Denver, drying and warming as they do so.

Is climate change to blame for our current weather patterns? It’s hard to say; climate change is best analyzed over longer time periods. And extreme temperatures — both warm and cold ones — will still happen, even in an overall warming environment. Denver’s third-coldest November temperature on record — negative 14 degrees — took place just three years ago, on November 13, 2014. Denver’s second-coldest overall November took place as recently as 2000. In other words, it’d be inaccurate to attribute this November’s warmth solely to climate change.

From The Montrose Press (Katharhynn Heidelberg):

Coram and the others got up-close looks at how the Israelis desalinize seawater and recycle water for agriculture in their arid landscape. Although the nation is many thousand miles removed from landlocked Western Colorado, what’s being done there may have potential here, Coram said.

“It’s pretty amazing what they do. I’m trying to figure out how we could make this work in Colorado,” the Montrose Republican said by phone from Jerusalem on Nov. 30.

In his estimation, Israel leads the world in water technology such as the drip irrigation Western Slope farmers have begun employing. Israel also leads in water savings — and in ways to re-use water.

“I think a lot of things I can certainly bring back home to benefit Colorado,” Coram said, making note of the Colorado Water Plan. The plan, prompted by a 2013 executive order and now two years old, set the framework for future water conservation decisions, as well as ambitious implementation goals at the state and local levels.

Sixty percent of water used in Israel comes from desalinization and it is piped into Arab states, too, Coram said. The nation’s fresh water comes from the Sea of Galilee, which is actually a large lake.

Last Thursday, the mission took its guests about 50 miles along the Egyptian border toward the largest solar project in the world, per Coram.

The public officials mission is designed to educate and connect Colorado policymakers and business leaders with people in Israel to share cutting-edge initiatives in technology, agriculture, water rights, conservation and cyber intelligence, according to information from the Denver-based JEWISHcolorado.

“JEWISHcolorado’s mission is to strengthen and steward Jewish life in Colorado, Israel and around the world,” Andra Davidson, the organization’s vice president of marketing and events, said.

“There is no substitute for first-hand experience, and we have created a dynamic trip that gives those attending a first-hand look at the many rich facets of Israel’s culture, business world, innovations and history. We know that the relationships that develop between Colorado and Israel will be beneficial for many years to come.”

The council is a coalition of 38 Jewish organizations and 15 at-large members in the state, who speak as a single voice on issues of concern to the Jewish community. 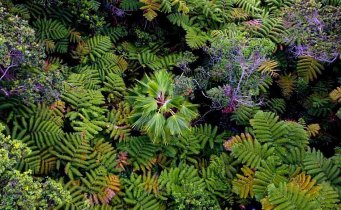 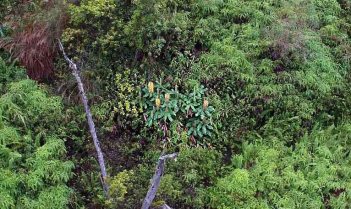 From The Nature Conservancy (Jan TenBruggencate):

They can track feral animals, survey invasive species, check fencelines and photograph rare plants on the highest, steepest cliffs. In doing so, the Nature Conservancy’s newest conservation workers float like butterflies over the native forest.

“Drones are revolutionizing the way conservation can be conducted, and for far less than the cost of a helicopter or sending in ground teams,” said Alison Cohan, the Conservancy’s director for Maui Nui forest programs.

Unmanned aerial vehicles—drones—are performing jobs that would otherwise be time-consuming, dangerous and, in some cases, impossible. And with every passing week, wildland managers are identifying new applications for this remarkable technology.
Like herding—using drones as airborne sheepdogs to move feral animals out of areas where they threaten native plant communities. Or taking drones out over the ocean to assess the health of coral reefs. Or flying up the side of a tall native palm to inspect flowers and fruit, to confirm it is a new find or an endangered species.

“We started thinking about this years ago, but the technology wasn’t there yet,” said Trae Menard, director of forest conservation for The Nature Conservancy of Hawai‘i.

Menard led the Hawai‘i program into the world of drones. At first, the batteries didn’t last long enough. They were far too expensive. And they didn’t have first-person viewing—the ability for the operator to see what the drone is seeing in real time.

About two years ago, those matters had been largely resolved. Drones were cheaper, you could view their imagery on an iPad or a cell phone, they were linked with cameras of superb quality, and they had enough power to do real work. But the Federal Aviation Administration (FAA) ruled that to use a drone for non-recreational purposes would require a pilot’s license.

“We would have needed pilots on staff,” said Melinda Ching, the Conservancy’s senior regional attorney.

Ching worked with the mainland law firm Morrison & Foerster, which in turn worked with the FAA to develop a special certification for conservation drone operators—detailed enough to ensure public safety, but you didn’t need to know how to fly a full-size plane.

“Morrison & Foerster has a whole team that does aviation law. We were able to influence regulations for small commercial operations and to develop a remote pilot certification. The Nature Conservancy’s examples of conservation use were cited in the commentary on the new rule,” Ching said.

● Assessing the effectiveness of a mountain slope to serve as a natural barrier against pigs by flying a drone out over the edge to measure its steepness.

● Gathering close-up imagery of suspect incipient weeds in remote areas, specifically vines in Ka‘ū that appeared to be banana poka or bitter melon, but were proven to be native hoi kuahiwi, or Smilax melastomifolia.

● Mapping trails and village sites within lava fields along the Hīlea coast at Kawa Bay.

“Shalan has also used drones to make a video for a grant proposal,” Menard said. “We realized that this could be an outreach tool, a way to bring the forest to the people.”

Maui Nui’s Cohan said her teams have used drones to check on the effectiveness of herbicide treatment on invasive Monterey pine, Mexican weeping pine and Sugi pine. Those weedy trees often grow on steep slopes that are too dangerous to access regularly on foot.

“We are able to fly these areas to do pre-and post-treatment comparisons—to monitor the dieback,” she said.

Drones are used on several islands to scout possible fenceline routes for natural geological barriers where fences can terminate. And once fences are in place, the drones can check their condition—to see whether pigs or deer have breached the wire mesh, or whether trees have fallen and damaged the fences.

At the Conservancy’s Kānepu‘u Preserve on Lāna‘i, drones are used to check on whether deer have managed to gain entry to the state’s best remaining natural assemblage of dryland forest, with its mature stands of native ebony (lama) and olive (olopua) sandalwood (‘iliahi) and Hawaiian gardenia (nā‘ū).

And if deer are observed, Cohan said, the buzzing drones can be used to drive them out of the protected forest area. “We can do this work at far less cost and with greater safety than traditional helicopter and ground operations,” she said.

Lucas Behnke, the natural resource manager for Kaua‘i, is one of the Conservancy’s certified drone pilots. He was licensed in September 2016.

“The drone changes the angle from which we can observe the environment,” he said. “That perspective is the most exciting part about drones.”

Of course, it’s not all good. Drones can also cause problems.

“They make a lot of noise. They clearly can affect invasive ungulates (hooved animals like goats, pigs and deer), but they also have the potential to affect bird behavior,” Behnke said. “We need to be careful.”

That said, drones have the potential to allow researchers to regularly fly the forest and create images that map changes over time—seasonal changes, changes in weed invasion, changes in forest composition, even progression of diseases through the landscape.

The Conservancy’s drone corps is anxious to hook up forward-looking infrared capacity to the drones—perhaps to identify the presence of invasive ungulates under the canopy. With the help of heat-sensors, drones could also potentially identify remnant hot spots after forest fires have been largely extinguished, Menard said.

The Conservancy’s Hawai‘i marine program is also experimenting with drones. Community-based Program Manager Manuel Mejia and Fellow Bert Weeks are testing whether a drone called the “aquacopter” can be used to detect coral bleaching and the regrowth of invasive algae on patch reefs in O‘ahu’s Kāne‘ohe Bay.

The aquacopter can be programmed to land on water and uses a camera on its underbelly to capture underwater photos and video as it moves from point to point along a pre-determined flight path. “If we are successful, the aquacopter could substantially reduce the long man hours normally required for surveying,” Weeks said. “Another potential application is using the cameras to create 3-D models of the reefs.”

As Conservancy staff continue to identify new uses of existing drones, the drones themselves are getting better. The expectation is that engineering advances will create drones that are smaller, lighter and have a longer battery life.