Click here to read the release from the USGS (Jennifer LaVista):

A new study shows that mysterious cycles in salinity in the lower Colorado River are a result of precipitation patterns in the headwaters of the upper basin more than a thousand river miles away. The salinity levels generally repeat about every 10 years.

Beginning in the late 1970s, these decadal-scale salinity cycles were observed at monitoring locations on the lower Colorado River in the U.S., hampering the Bureau of Reclamation’s efforts to manage salinity in the river for delivery of water to Mexico to meet obligations under an international treaty.

The Colorado River provides water for more than 35 million people in the U.S. and 3 million in Mexico. The river also sustains agricultural production of food for millions in both countries. Mexico uses nearly all of its Colorado River allotment for irrigation. High salinity in irrigation water can reduce agricultural productivity and may preclude growing crops such as tomatoes and lettuce.

The new findings published in the Journal of Environmental Management were conducted by the USGS in cooperation with the Bureau of Reclamation.

“It’s important for Reclamation to be able to understand and forecast changes in salinity in the lower Colorado River as management actions may be required,” said Fred Tillman, lead author of the study. “Understanding the causes of the salinity cycles will provide Reclamation with about 4 years of advance notice on future changing salinity cycles in the lower river.”

USGS scientists tracked salinity cycles from the northern international boundary with Mexico, upstream through Lake Mead and the Grand Canyon, to Lees Ferry using extensive streamflow and water- chemistry datasets. Scientists first hypothesized that evaporation in Lake Powell may cause the cycles. However, evaluation of lake water levels, evaporation data and salinity results from Lake Powell eliminated the reservoir as the cause. Scientists continued their search even farther up the basin, finding that monitoring data from the Green, Colorado and San Juan Rivers in the upper basin all showed salinity cycles that were similar to those seen on the lower river. Cyclical patterns in precipitation in the upper basin were discovered to be causing the cyclical salinity patterns in the river that then travel downstream relatively unchanged. 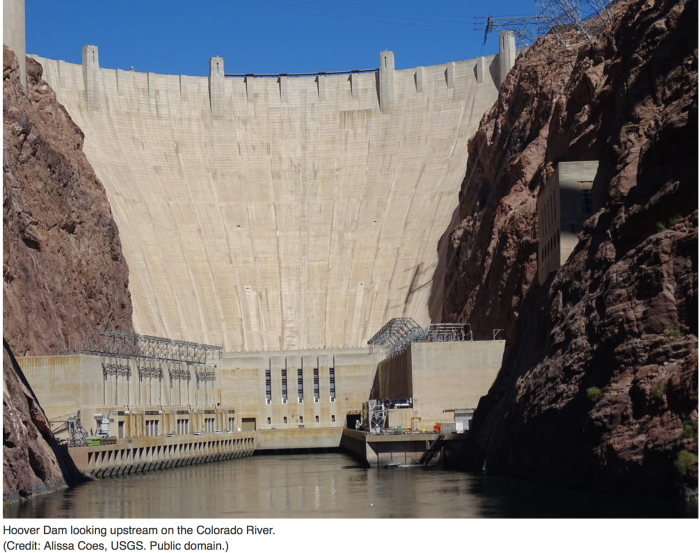 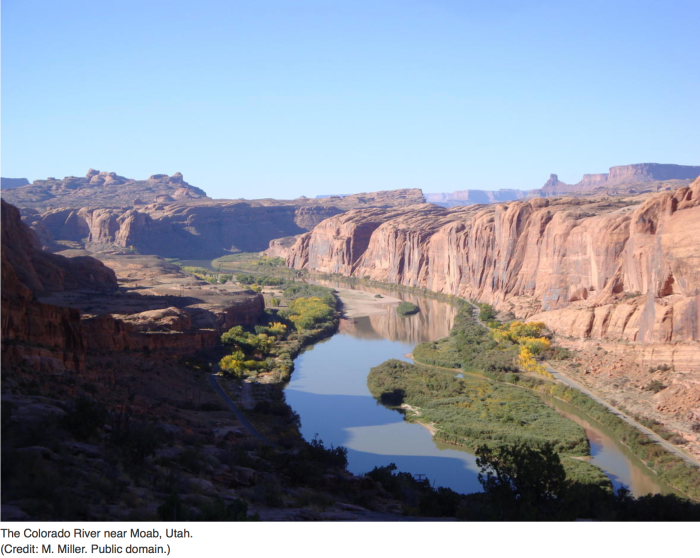