Posting to Coyote Gulch is likely to be impacted by the events this week in Steamboat Springs including the horrible bicycle commute each morning and evening between my campsite on the west edge of town and the conference location at the Steamboat Grand Hotel.

“We’re certainly grateful that nature provided some relief to the critical conditions in the Colorado River Basin. But the Southwest wouldn’t be in this encouraging position without also the successful collaboration of the Colorado River Basin states to develop the Drought Contingency Plan. The DCP wasn’t just about sharing the pain of potential water cutbacks; one of its primary benefits was to incentivize storage in Lake Mead. It creates new storage opportunities for California, Arizona and Nevada and increases the flexibility to access stored water.

“Today is evidence the DCP is working as we hoped. By the end of the year, the Lower Basin states and Mexico together anticipate storing an additional 700,000 acre-feet of conserved water in Lake Mead in 2019 – a record amount that will boost the lake’s elevation by nearly
9 feet. Metropolitan alone will store 400,000 acre-feet this year, bringing our total stored in the lake to nearly 1 million acre-feet, another record.

“While all that storage helps keep Lake Mead out of shortage, it also helps prepare Southern California for our state’s next drought. Being able to store water when it is available for use in times when it is not is the key to ensuring the region has reliable water in the future. We got some reprieve from drought conditions on the Colorado River this year, but Lake Mead is still less than half full. And climate change is likely to lead to drier conditions in our future. As we begin work to resolve the water supply imbalance on the river, we’re pleased the DCP helped address the immediate concerns.”

The global land and ocean surface temperature departure from average for July 2019 was the highest for the month of July, making it the warmest month overall in the 140-year NOAA global temperature dataset record, which dates back to 1880. The year-to-date temperature for 2019 tied with 2017 as the second warmest January–July on record. 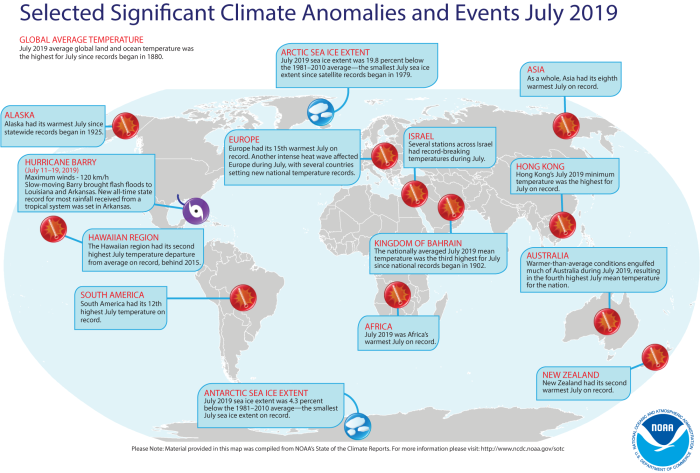 This monthly summary, developed by scientists at NOAA National Centers for Environmental Information, is part of the suite of climate services NOAA provides to government, business, academia, and the public to support informed decision-making. 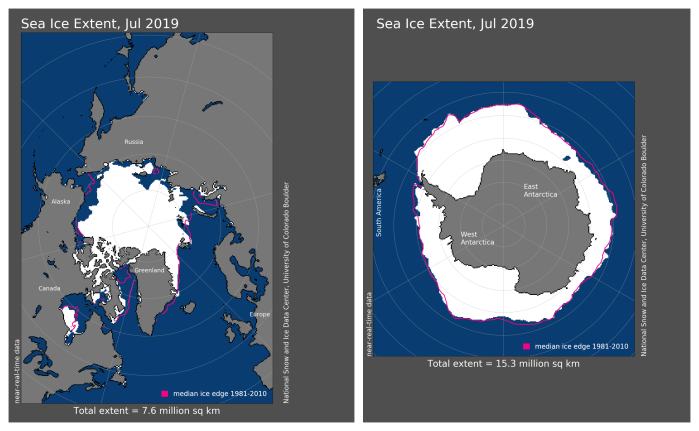 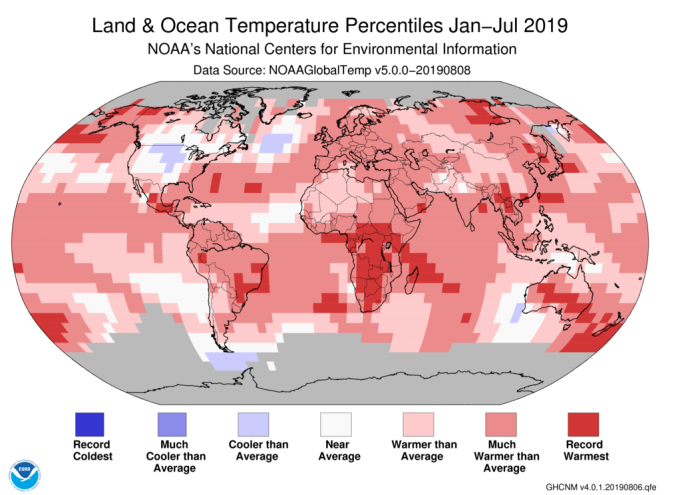 From The Good News Network:

A puffy pink seaweed that can stop cows from burping out methane is being primed for mass farming by Australian researchers.

The particular seaweed species, called Asparagopsis, grows prolifically off the Queensland Coast, and was the only seaweed found to have the effect in a study five years ago led by CSIRO. Even a small amount of the seaweed in a cow’s diet was shown to reduce the animal’s gases by 99%.

Associate Professor Nick Paul, who is the leader of the Seaweed Research Group at the University of the Sunshine Coast (USC), said that if Australia could grow enough of the seaweed for every cow in the nation, the country could cut its greenhouse gas emissions by 10%.

“Seaweed is something that cows are known to eat. They will actually wander down to the beach and have a bit of a nibble,” Dr. Paul said.

“When added to cow feed at less than 2% of the dry matter, this particular seaweed completely knocks out methane production. It contains chemicals that reduce the microbes in the cows’ stomachs that cause them to burp when they eat grass.”

The USC team is working at the Bribie Island Research Centre in Moreton Bay to learn more about how to grow the seaweed species, with the goal of informing a scale-up of production that could supplement cow feed on a national—and even global scale.

“This seaweed has caused a lot of global interest and people around the world are working to make sure the cows are healthy, the beef and the milk are good quality,” Dr. Paul said.

“That’s all happening right now. But the one missing step, the big thing that is going to make sure this works at a global scale, is to make sure we can produce the seaweed sustainably.

Family photos push an important message to work safely each and every day. The post Putting safety on the shelf … literally appeared first on News on TAP.

via Putting safety on the shelf … literally — News on TAP