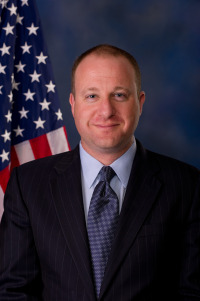 The Democrat, who has served in the House of Representatives since 2009, ran on a platform of transitioning Colorado to 100 percent renewable energy by 2040—the most ambitious renewable goal in the entire country, Climate Home News reported. That’s even faster than California and Hawaii, which both aim to phase out of fossil fuel generation by 2045.

On his campaign website, Polis said the green energy transition would create tens of thousands of jobs and save consumers 10 percent on energy costs. Pointing to a government study, he said that utility-scale wind is now cheaper than natural gas and that new energy storage technology would further improve these cost benefits. That’s not to mention the public health benefits of cleaner air and water…

The fossil fuel industry has a major presence in the Centennial State—the sixth largest and one of the fastest-growing U.S. oil producing states. Oil and gas companies and their supporters poured about $40 million into a campaign to help successfully defeat Proposition 112, according to the Colorado Sun.

The ballot initiative…would have banned oil and gas drilling on 85 percent of the state’s land, but was voted down 57 percent to 43 percent on Tuesday.

But with a Democrat in the governor’s seat, a Democratic-controlled legislature and the 825,000 Coloradan voters who supported 112, the fight against polluting energy companies is not over yet.

Polis had the endorsement of the Colorado Sierra Club, which praised his plans to make Colorado energy independent and his efforts to protect the state’s outdoor spaces.