Thank you for saving our river from drowning.

Reilly, now 79, is the former Environmental Protection Agency administrator who vetoed the Two Forks project that in 1990 sought to dam the South Platte upstream from the one stop sign in the mountain town of Deckers.

“It was all systems go,” Reilly said last week, and the 20 miles of irreplaceable trout habitat where hundreds of kids like me learned to fly fish would be nothing more than a sad bedtime story.

This fragile, world-class trout fishery would have been flooded below the 615-foot Two Forks dam, a structure roughly the size of Hoover Dam. Twenty-five miles southwest of Denver and 42 miles northwest from Colorado Springs, six towns and a priceless outdoor recreation area would have been washed away.

Really well, considering. The Hayman fire was rough on everybody, and the trout populations are gradually returning. But here’s the real catch: At least this stretch of river still exists.

As Reilly told it from his home in San Francisco, the Two Forks dam was “a foregone conclusion from every angle” when the late George H.W. Bush hired him as head of the EPA in 1989.

“You don’t bring the World Wildlife president into the EPA to just sit there. You want drive, action,” Reilly said. “I was determined in my authority to make him the environmental president.”

Reilly is not a fisherman. That’s the funny part. But he saw the water battles here in a different light. He observed a metro area that “had no real water metering at the time,” where the tradition of Western water waste ran wild, where sprinklers flipped on while it was raining…

One, “Nothing in our field is ever final. This could return, or something like it. There will be a future generation that believes the time is right and a project like this is worth it,” he said.

Two, “Lobbying, communication, data, analysis with details, honesty and integrity, it all works in our system. It really does. I know a lot of activists despair that it doesn’t, but it does.

“I don’t think we knew there were so many fishermen in the country. It seemed like half of them wrote to us,” Reilly said. “The government, they were a little bit taken aback. They had some negative blow-back, but then there was a cascade of positive mail from fishermen that came in.”

The upper South Platte River, above the confluence with the North Fork of the South Platte. Photo: Brent Gardner-Smith/Aspen Journalism

The South Platte Hotel building that sits at the Two Forks site, where the North and South forks of the South Platte River come together. Photo: Brent Gardner-Smith/Aspen Journalism 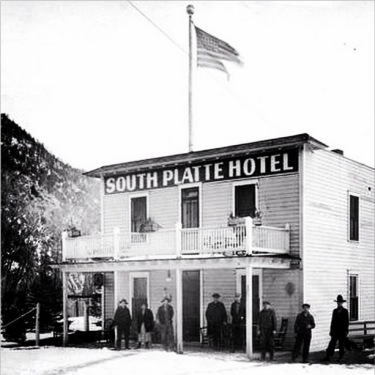 The South Platte Hotel was a popular stop for people traveling on the #railroad along the #SouthPlatteRiver. #TBT photo from 1925. 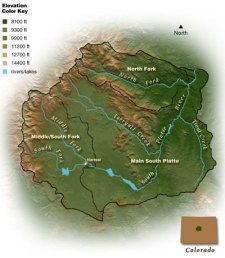