From the Associated Press via The Greeley Tribune:

A company that operates a historic railroad that carries tourists through southwestern Colorado’s mountains and forests was accused Tuesday in a lawsuit of causing one of the largest wildfires in state history.

Federal investigators found that a coal-burning engine operated by the Durango & Silverton Narrow Gauge Railroad and American Heritage Railways threw cinders or other hot material onto brush near its track and started a fire on June 1, 2018, according to the office of U.S. Attorney Jason Dunn.

Flames eventually consumed about 85 square miles (220 square kilometers) of land near Durango, prompting evacuation orders affecting hundreds of people. Much of the damage occurred in the San Juan National Forest and on other federal land…

Officials had not disclosed a cause of the fire before Dunn’s office filed the lawsuit, which says multiple eyewitnesses told federal investigators that one of the trains passed through the area immediately before the fire began…

Residents and businesses have filed their own lawsuit against the railroad company, arguing that it knew or should have known about drought conditions that summer.

“This fire caused significant damage, cost taxpayers millions of dollars, and put lives at risk,” Dunn said in a statement. “We owe it to taxpayers to bring this action on their behalf.” 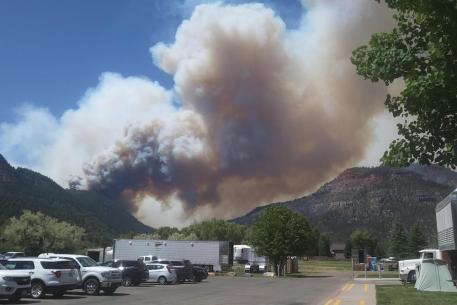 The 416 Fire near Durango, Colorado, ignited on June 1, 2018. By June 21, the wildfire covered more than 34,000 acres and was 37 percent contained. Photo credit USFS via The High Country News 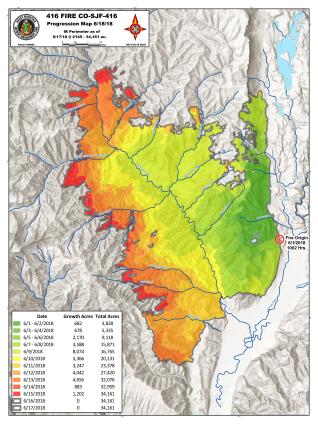 The 416 Fire started at about 10 a.m. on June 1, 2018, approximately 10 miles north of Durango, CO. Rocky Mountain Type 1 Incident Management Team is managing the fire. The fire is burning on the west side of State Highway 550 on some private land and on the San Juan National Forest. The fire is burning in grass, brush, and timber. The Weather conditions remain critical and fuels are ideal for significant fire growth. The fire has been very active and continues to burn in rough and inaccessible terrain. Many homes have been evacuated and structure protection is in place. Map via Inciweb 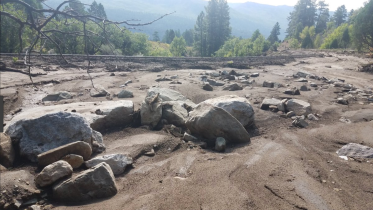