A steady stream of data collected at oil and natural gas sites in the Denver-Julesburg Basin flows into a server at CSU, where researchers use it to analyze groundwater quality.

Complex algorithms sift through the raw data, scanning for any anomalies or sudden shifts in water composition that could indicate contamination in a groundwater well. The data is analyzed and displayed as charts and graphs on a CSU website for the public to view, updated with new field data posted every hour.

The network of monitoring stations and website are part of the Colorado Water Watch, a project spearheaded by CSU researchers to provide the public with real-time information about water quality at oil and gas sites throughout the basin that underlies northeastern Colorado and the Nebraska Panhandle.

The CSU team is led by Ken Carlson, a professor of civil and environmental engineering, who believes it is the first monitoring system of its kind in the country.

“We don’t know of anyone else in the country who is collecting real-time data from groundwater wells next to oil and gas operations, evaluating potential changes with advanced anomaly detection algorithms and sharing it with the public,” Carlson said.

Carlson specializes in water quality research and over the years has narrowed his focus to the impacts of energy development on water. He leads the Center for Energy Water Sustainability, part of the Energy Institute at CSU.

In recent years, most of his work has centered on water and hydraulic fracturing.

Hydraulic fracturing or “fracking” is the practice of drilling deep wells – 6,000 to Colorado Water Watch infographic8,000 feet in the Denver-Julesburg Basin – into a layer of rock that contains oil and methane gas. A mixture of chemicals and water is injected to break up the rock and release the oil and gas that is then extracted.

Critics believe fracking is unsafe and, among other things, pollutes critical groundwater supplies.

Proponents defend the practice, saying there is no evidence hydraulic fracturing is releasing pollutants into groundwater supplies.

The topic has become increasingly controversial in Colorado and the nation.

“It’s gotten to the point people cannot have a civil conversation about it,” said Carlson. “Everyone produces studies that back up their beliefs. This could lead to confusion and some people may feel they do not have enough information to make informed decisions.”

Ritter liked the idea and from there, the two met with representatives from Noble Energy and the Colorado Department of Natural Resources, which oversees oil and gas issues in the state.

“One thing that makes this project unique is that we involved a variety of stakeholders in the project,” Ritter said. “We have approached this with a spirit of collaboration, and that has been highly beneficial to the project.”

Carlson and his research team have spent the bulk of the past 18 months developing the monitoring system using off-the-shelf sensors, identifying Noble-owned or -leased sites to install their equipment, and designing algorithms to crunch data coming in from the field.

The team has published several papers related to their work in peer-reviewed journals including Environmental Science and Technology and Journal of Applied Water Science.

“We wanted this to be based on sound, proven science,” Carlson said. “We’ve spent a lot of time working on that and validating the system and our results.”

So far, the CSU team, which includes Asma Hanif, research associate, and Jihee Son, a post-doctoral student, has installed four monitoring stations as part of the proof-of-concept phase of the project.

Three are located next to active oil and gas wells throughout the Denver-Julesburg Basin. The fourth is a control site at CSU’s Agricultural Research Development and Education Center – or ARDEC – near Wellington.

Each site has a sensor running down a well that collects water data and is connected via cable to a nearby data logger.

The sensors are placed at varying depths to collect information on various water sources. Some snake 40 feet down and monitor primarily groundwater that is vulnerable to spills or other surface activity. Others, such as the Galeton station, are placed 400 feet below ground to collect data on the Laramie-Fox Hills Aquifer, a confined aquifer that could be susceptible to leaks in oil and gas well casing.

Water flows around the sensors, which send information to the data logger every five seconds. That information is then relayed to CSU’s server via a wireless connection.

The system is designed to not only monitor water quality but also act as an early detection system. If it detects an anomaly or major change, Carlson and his team are immediately alerted.

They visit the site, take a water sample and send it to an Environmental Protection Agency-certified lab to be analyzed. With that information, they can identify the source of the contamination – even if it isn’t from oil and gas development.

“The system can detect changes in quality that could be due to any activity in the watershed including oil and gas operations, agriculture, other industrial activity and even urban runoff, Carlson said.

Until now, most of the publicly available water quality data has come from samples taken periodically by operators or regulators.

In Colorado, for example, water samples are collected at a proposed site before a well is drilled, a month after it is in operation, and then five years later. That information is available to the public upon request but is highly technical and can be hard for people to understand.

“There’s a tremendous amount of suspicion about government and about oil and gas development, and we thought that bringing CSU on and participating would provide that level of objectivity that many in the public felt was lacking,” King said.

“Our interest is ensuring that more information is available and that a larger set of data is developed so that we can better understand the impacts of oil and gas development and fracking on water quality in Colorado,” he said.

The $1.2 million project has been extended beyond the proof-of-concept phase and additional monitoring wells will be installed this fall.

Carlson also would like to add an air quality component.

“If stakeholders – primarily the public and industry – find Colorado Water Watch valuable, the system could be extended for much of the oil and gas areas in the state and maybe beyond,” he said.

Homeowners and landowners have long expressed concerns about how the fracking process impacts water quality. Colorado regulations require water testing with a half mile of where a well is drilled. The samples are taken before and after the activity.

But what happens if water quality changes over time?

That question is what researchers at Colorado State University have been pondering. Their demonstration project, a partnership between CSU and Noble Energy, installed monitors at four sites in the Denver-Julesberg Basin near Greeley. In 2013, they began wirelessly transmitting data from the wells to researchers who are watching for changes.

Now CSU Engineering Associate Professor Ken Carlson said the data will be available for the public to review and monitor at Colorado Water Watch. It’s a step toward greater transparency, and believed to be the first of it kind when it comes to monitoring water quality near oil and gas sites.

“This isn’t an industry effort, this isn’t an environmental-group effort, we wanted it to be balanced, and we want the public to feel like they’re getting information that wasn’t filtered by either side,” Carlson said.

Final funding for feature documentary to be raised through grassroots campaign 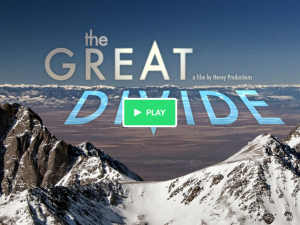 Havey Productions’ Great Divide film on water in Colorado will debut in Spring 2015. Final funding for the film will be raised through a Kickstarter campaign. View the campaign and film trailer here.

Havey Productions announced in early September that final funding for The Great Divide, a feature length documentary on the history of water in Colorado, will be raised through a grassroots Kickstarter campaign. The campaign kicked off September 8, but there’s still time to contribute! The Great Divide will raise public understanding and appreciation of Colorado’s water heritage while inspiring personal responsibility and informed discussion concerning the vital challenge confronting the state and region with increasing urgency — forging collaborative solutions for managing this most precious resource for a prosperous and sustainable future.

The Great Divide from the Emmy award winning team of Havey Productions, in…

A year after the city was grappling with the potentially enormous cost of improving its aging stormwater system, the city has started to revamp its stormwater maintenance program without busting its budget or assessing property owners a new fee to help cover the cost.

The city also is earning kudos as it starts to adopt the recommendations of a much-praised citizen task force that spent more than 500 volunteer hours analyzing the city’s storm water infrastructure.

“We’ve historically maintained maybe a dozen culverts per year, and typically we’re just chasing problems and complaints,” Kelly Heaney, the city’s new water resources manager, said last week as she briefed the council on the improvements. “This year with the additional resources we were able to maintain 45 culverts in less than two months.”

The biggest changes the city has made this year include hiring Heaney, increasing the streets maintenance budget and adding two seasonal employees dedicated to drainage maintenance.

All of the stormwater improvements in 2014 cost $302,000 and included $47,000 for capital improvements, according to Public Works Director Chuck Anderson.

The total cost of the improvements this year was far less than some of the multi-million dollar options the city was presented with last year for improving its neglected stormwater system.

Early last year, a Minnesota consulting firm that was paid $180,000 to study the city’s stormwater infrastructure, which includes bridges, culverts and dams, called for the city to possibly spend more than $10 million in new capital projects to upgrade its stormwater system and help manage future flooding and problems associated with annual spring runoff.

Faced with the high cost, city officials at one point floated the idea of assessing a fee to property owners to help pay for the improvements.

Before that, city officials were bracing for recommendations carrying a price tag even higher than the $10 million.

The city assembled the stormwater task force to look over the master plan and make recommendations for how to implement and fund it.

While several other communities in Colorado have turned to new fees on property owners to pay for expensive upgrades, the task force here recommended against that option at this time.

Instead, they called on the city to add more money in the annual budget for personnel to more proactively maintain the system. 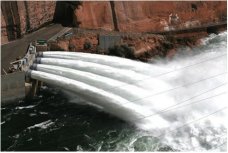 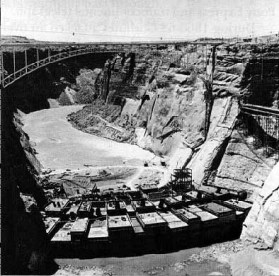